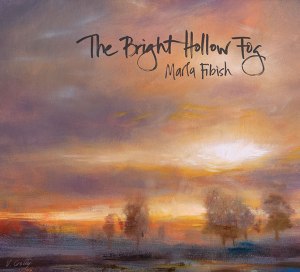 Marla Fibish just released a brilliant solo album titled The Bright Hollow Fog. What a thrill this record is to me. To sit back and soak in the glory as Marla Fibish makes her mandolin sing the good old jigs and reels… it’s just magical. The arrangements feature her 1922 Gibson A mandolin and 1914 Gibson H1 mandola, both of which are deeply revered as go-to tools for the rare masters of Irish mandolin. I bring this up because hey, let’s face it: the mandolin is not one of the primary instruments normally used to play Irish melodies. The wee 8-string can be taxing, cantankerous and physically challenging… unless you have the super power that it takes to tame the little beast. Unless you’re a mando-whisperer like Marla Fibish.

From what I can tell, Marla cut her teeth mostly in the thriving trad scene that is still grounded in the famous sessions at the Plough and Stars in San Francsico’s Richmond District. It was there that she learned to give her tunes the delicious lilt and wicked triplets that are the hallmarks of her style. Her personal repertory of Irish tunes seems like a bottomless well of the most choice reels, jigs, hornpipes, polkas, slides, set dances, and of course her slip jigs, which bring to me the most joy of all. Don’t forget that she sings as well, and her songs always reflect her big heart and generous spirit. Among the lively tunes here, the listener will find two songs and two airs, one of which gives this album its title. The record features a handful of well-known guest artists, including Martin Hayes and Keith Murphy.

Marla speaks about her relationship with her mandolin:

“There is a singular sound that results from the unique combination of a musician, their music and their instrument. We take that for granted with a singer, whose instrument cannot be separated from the musician, nor from the music that they make with their body. I feel it no less true for an instrumentalist, if they are fortunate to find and bond with an instrument that can become their voice.

“This incredible mandolin came to me through my grandfather. I remember him playing it for me, my brother and sister, and my cousins when we were children. It was after he died that I picked it up and began to learn to play it, learning to play music at the same time. I have always played this mandolin. Its voice is part and parcel of the thing that is my music. Its sound is my sound.”

Here are two selections from the album. The first is a duet with California gourd-banjo wizard Steve Baughman and the second she is joined on cross-tuned fiddle by Rebecca Richman. Enjoy!